To the Roman Catholic Clergy 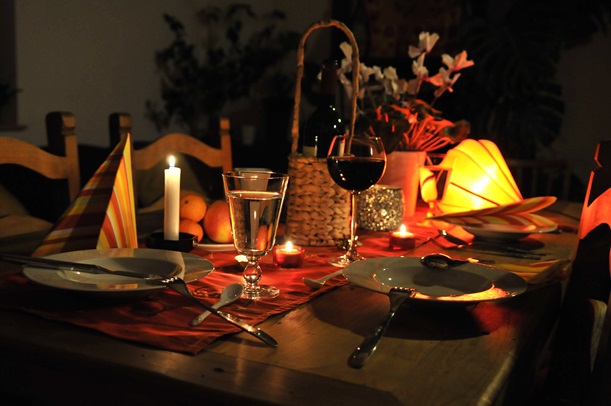 CC  To the Responsible Places!

Free English tanslation on 12 September 2021. The German-language document you may find here!

This letter my person would like to publish today, so that every thinking person can understand or comprehend why this and that has happened and is still happening to us human beings in the world!  20 March 2018

Today on Mother's Day, your Empress wishes to write to you once again, so as not to waste unnecessary time and to save you from making serious mistakes.

Many of you know about the title of three personalities who, unfortunately, could not be inaugurated into a difficult office in a golden carriage.

Many of you know that the spirit of your Empress is clearly visible* audible and steered to the respective people to make a difference.

Unfortunately, such a not quite insignificant "miracle" has only become possible through severe psychoses, hard work and renunciation of actual life, which, however, must not continue to mean that your inability to act must be allowed to spread at the expense of your authorities, even as it will be your own undoing.

In spite of everything, it seems that for years no one from your ranks was willing to stand up for your Authorities, especially for your Empress, who now has to deal with the result of your actual activity.

Appropriately for Mother's Day, your Empress would like to show you once again quite clearly that a mother's heart is not to be trifled with forever, so that your Empress must once again admonish and request you to make the necessary arrangements so that my person* can finally carry out her activity abroad.

Since a beginning must be found here in Luebeck in order to move forward in the commission and in the matter of the Lord, you will now have to mobilise suitable Catholics* (No longer current) so that they can deliver the right help here in Luebeck, especially to parents of young children and directly to the children who have a right to be allowed to live a healthy and safe life.

Please send enough suitable Catholics to Luebeck, so that a breath of fresh air comes here again.*( No longer current)

The Catholics resident here have now become more than untrustworthy and will still find their place known to your Empress.

You and all others are obliged to render obedience;* this is especially true of the secular prosecution*, as your Authorities are above the law.

You in particular will also know that this is not to be trifled with for long.

You should really be surprised that we humans are still allowed to exist in the world at all, or do you really not know the cycle of life?

However, as a "mum" and grandmother, your Empress has to say one thing to everyone involved; for me, there is nothing more boring* than people who already have to show each other their backside in order to be respected.

On top of that, others again have to have a dog or a cat with them in order to be able to appear with the required and the certain self-confidence.

My person knows that many animals identify each other through their backsides.

In addition to this, young girls are now having their lips injected full of silicone to make them double in volume.

Any fool can see that the lips are being mistaken, apparently for a woman's genitalia after all!

For this appearance of a human being, your Empress would like to congratulate you warmly and wish you continued success in your work!!*

You should keep places free for the dogs and cats at times, so that the number of believers does not sink even further, but increases, or you will quickly come to your senses and will have to familiarise yourselves with the multitude of letters from your Empress, which have been delivered about Protestants, also to Cardinal Lehmann*+, partly also to the WHO*, as well as letters,* some of which are circulating worldwide,* in order to also everybody is informed about the cycle of life.

Quickly remember the obligation of a Catholic and send your flock on their way so that they themselves are also safeguarded.

There is nothing more boring for your Empress,** than people who have to present themselves, while running around naked or half naked in front of others, and then also want to disregard sacrosanct values in order to bring others to the same way of life, through a feigned freedom that has brought human into a very considerable lack of freedom.

Think especially also of Austria, for it is presumably after all a country that was richly endowed at Easter; so a Catholic should actually know himself or herself that if there are already three people who have to bear a very heavy office, human himself is called upon to act in order to obey your Authorities, so that the number of "half-sick animals" does not increase even further!

May 2010*  But now it has all become abundantly late, especially for some Catholics or even clergy, but especially for the elderly all over the world!

The earth is also sounding the alarm, for human was created in his thinking and acting in such a way that he could and can decide independently of God's will !

But care was also taken to ensure that human, who has distanced himself or herself from God and thus from his or her Creator, has his or her assigned place, which is administered by the "spirit of the age" or devil.

This was and is thought of so that no one can be lost outside the universe known to human!! !! !

The part unknown to human, which will lie far beyond the horizon of the universe,** however, not thought of, but presumably known to a considerable extent by Creation, has gained great benefit through the supremacy of evil!

For this reason I urgently recommend you and the secular prosecution, especially the already publicly discriminated clergymen, who will already only have a destroyed existence through the media and are thus punished, to have them summoned to the Vatican by informing the Pope of the true situation, so that he can make the right decisions!!! !

There is little benefit to the victims of abuse if a true clergyman is additionally sent to prison. It is more beneficial for the victims if they receive financial compensation for the damage suffered in an appropriate amount from the church and the state in equal parts.

It cannot be that a prosecutor or a public prosecutor is confronted with the intensifying injustice and increased crimes of the people on a daily basis and does not care about cause and effect!