To the CBM Deutschland e. V. 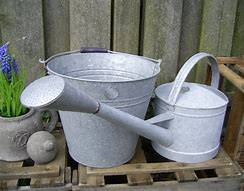 The German-language document you may find here!

I also help willingly by transfer a few euros to you, because I know that by the CORONA pandemic the "half an animals" will now take care of themselves first of all, because every single one of the current politicians either wants to get an established obituary or wants to be reelected by the population or be voted to term of office..

Regrettably, these politicians have not understood the situation in which the world and humanity are in and therefore cannot draw the correct conclusions and consequences.

In addition, of course, the "next time" a pandemic will have to show itself even more clearly and therefore next time a worldwide panic will no longer be avoidable, since the earth is already sending out one signal after the other and these increasing processes for a long time are unstoppable completely but still have to be delayed!

At the end of the day, my person wears a very, very old and very dented and almost black Crown, made of pure fine gold, which is inconspicuously available without a shine with missing gemstones and broken settings of the stones. The most beautiful stone is missing, of course, but exactly this stone I want to get back!

I will teach these and other politicians mentioned above, who are already playing with the end and could not even ensure, that the basic needs of the children or descendants can be met and secured by the parents or at least by many of the mothers; on the contrary, the worst ever now are the children, what has become very clear through this pandemic, whose are now killing the nerves of many of the working women and mothers at home, because these mothers are calling loudly for emergency care!

And what is going on with the "worldwide" Crown?

What is the matter with those, who have already lived one`s life but still want to have a costly operation in old age, if children have to go blind on the dark side of life, just because they do not know a reasonable diet, for example, but there are worldwide enough medical care and capacity?

Without those of these values that have been developed and created through a good upbringing and care of the children, plans should be made for a future, so that "half the animals" can go about their work outside the home, regardless of others and at the high cost of the children and future generations !?

There has never been such a dirty Crown and nobody has worn it, but unfortunately it is the only one, that is real!

HP.: For good reasons, my person has to publish this document via one of her homepages (treasuries).